In an effort to increase economic activity and vibrancy in the City of Greenville's downtown area, the City Council during its August 18, 2022 meeting approved the creation of two social districts. 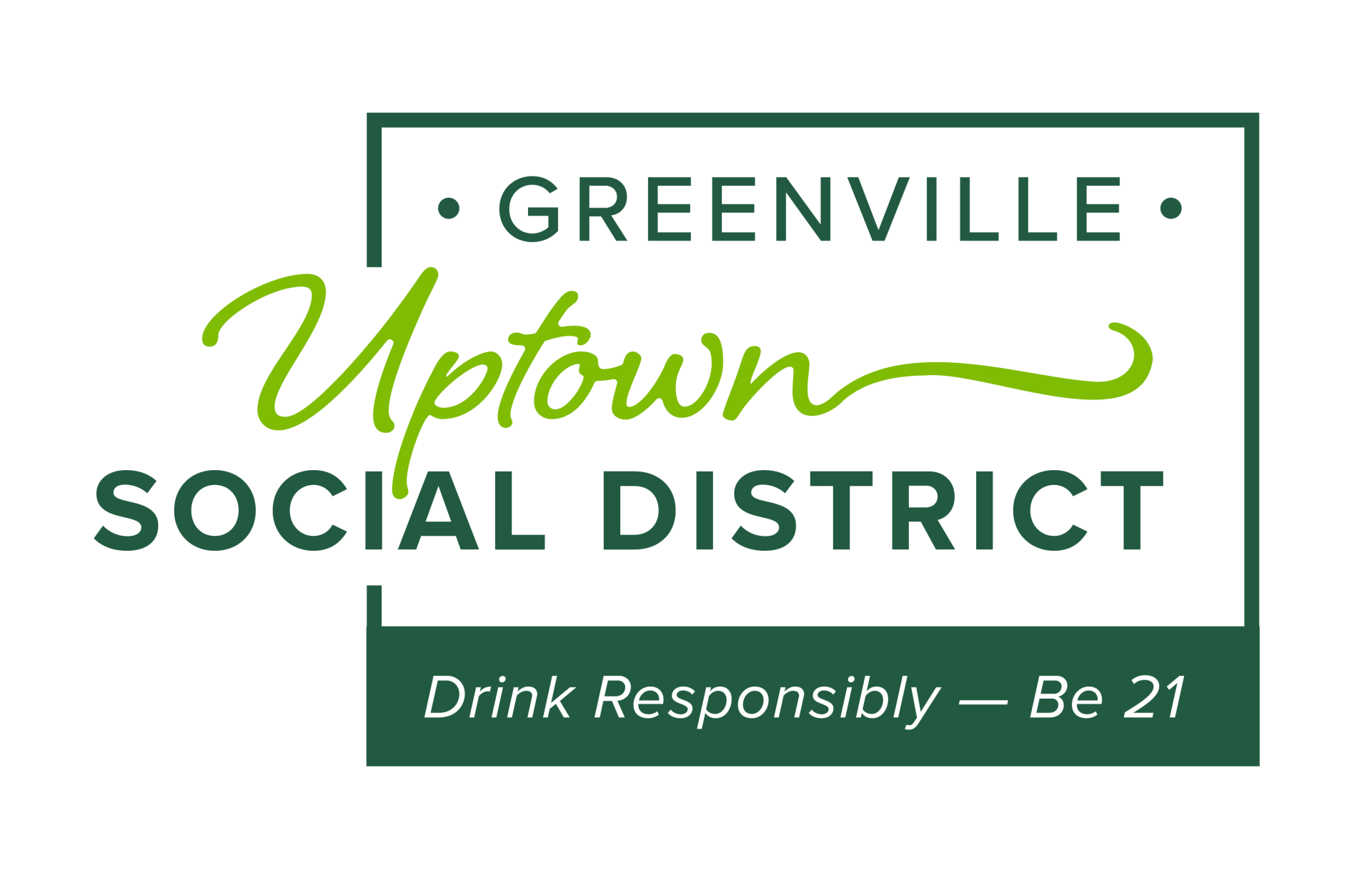 Social districts have been implemented in various towns and cities across the state since the North Carolina General Assembly enacted legislation in 2022 allowing municipalities to designate areas where open containers of alcoholic beverages purchased from a licensed ABC permittee can be consumed outdoors, on sidewalks, and on the property of participating businesses that do not have an ABC permit. 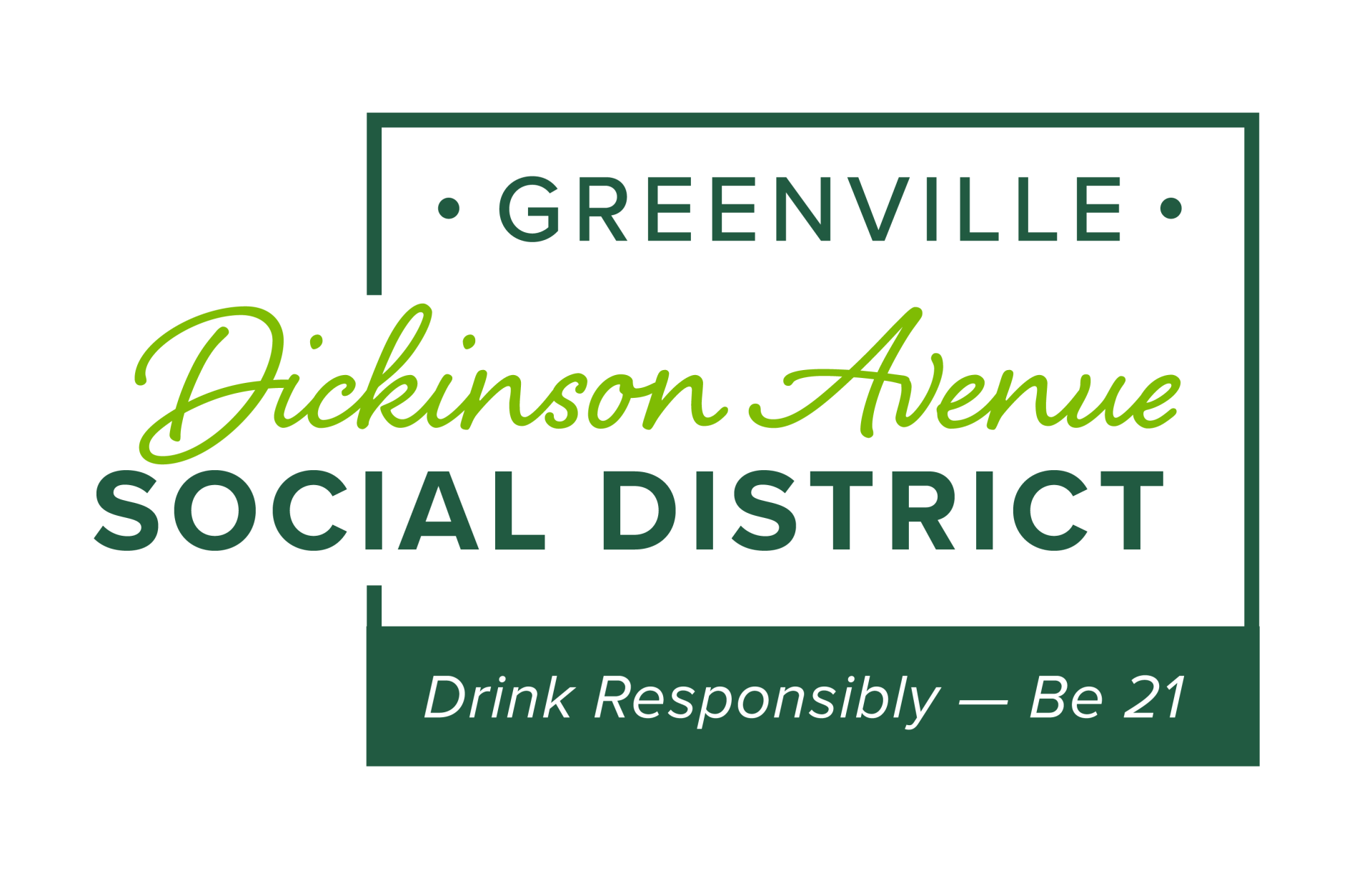 Alcoholic beverages are not allowed to be possessed or consumed on any property owned, occupied, or controlled by the City (including parking lots and the Fourth Street Parking Garage) unless that property has been designated by the City as eligible for the consumption of alcohol under the rules of the social district and applicable state law. This applies to all City-owned properties located within a social district unless otherwise noted.

Maps of the two social districts are included below. 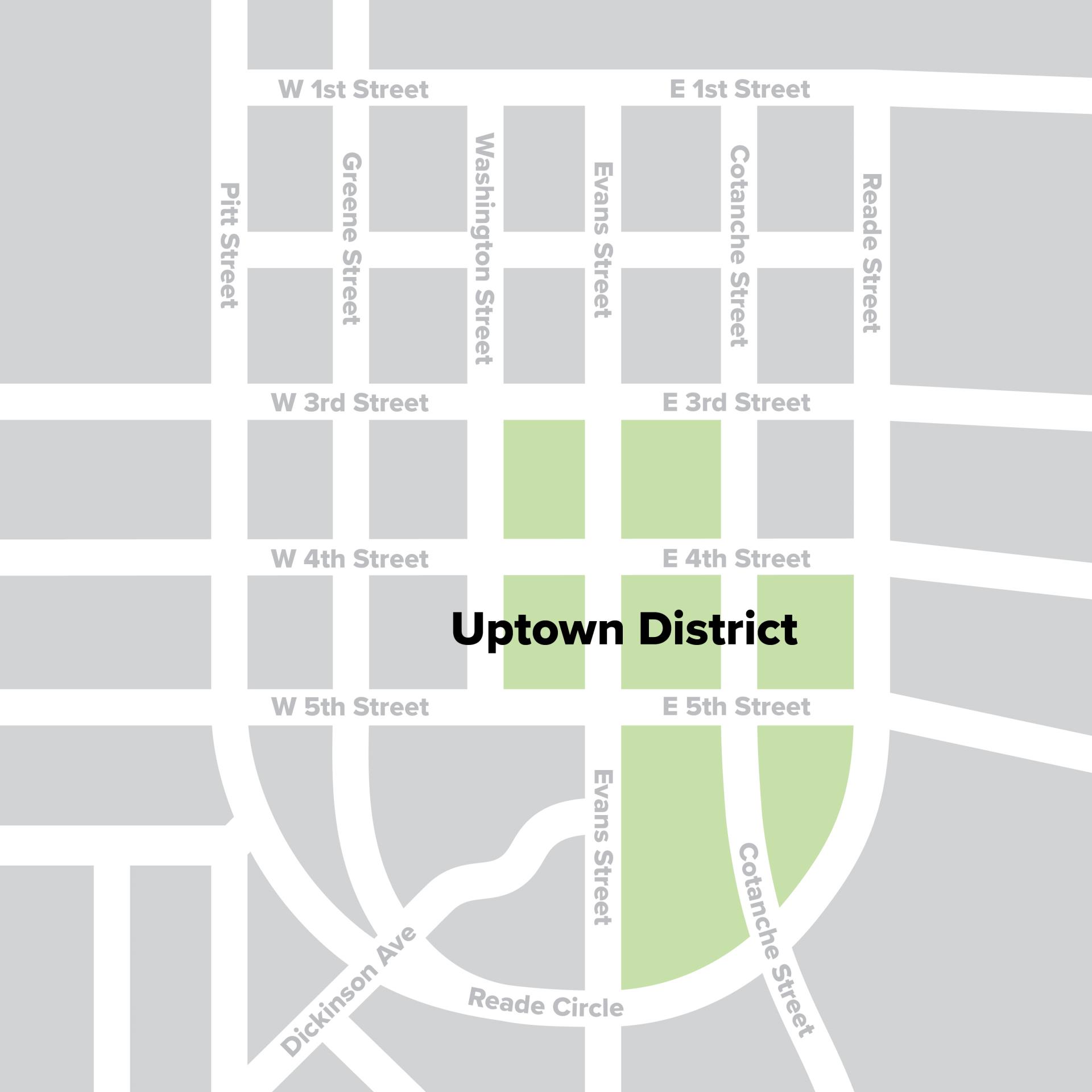 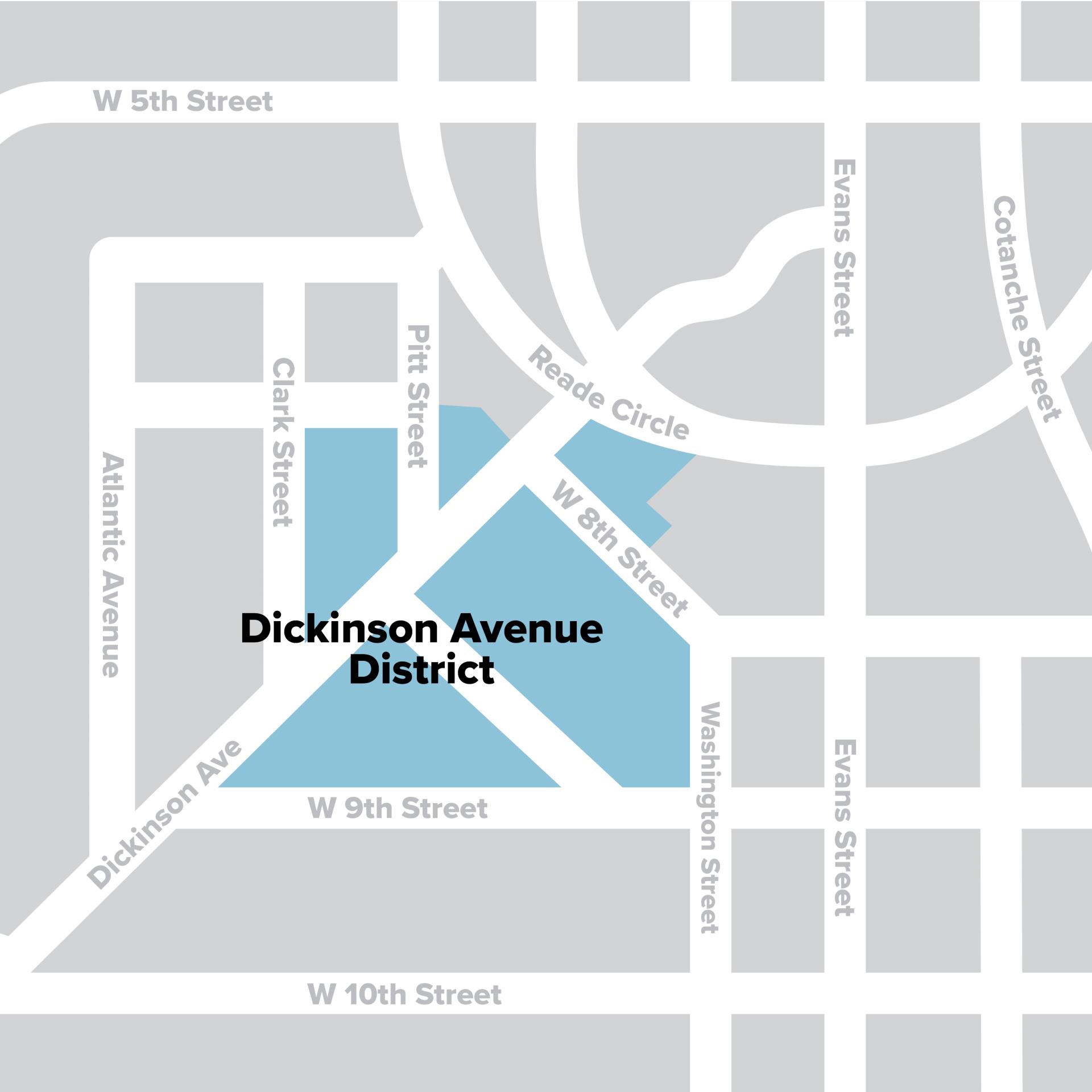 Businesses located within a social district boundary have the option to participate in the social district. Interested businesses can submit this form to identify whether they want to opt-in or opt-out of the district.

Participating businesses (ABC permittees and non-permittees) must display signage indicating their level of participation. The files for the signage are provided below for businesses to download and print. 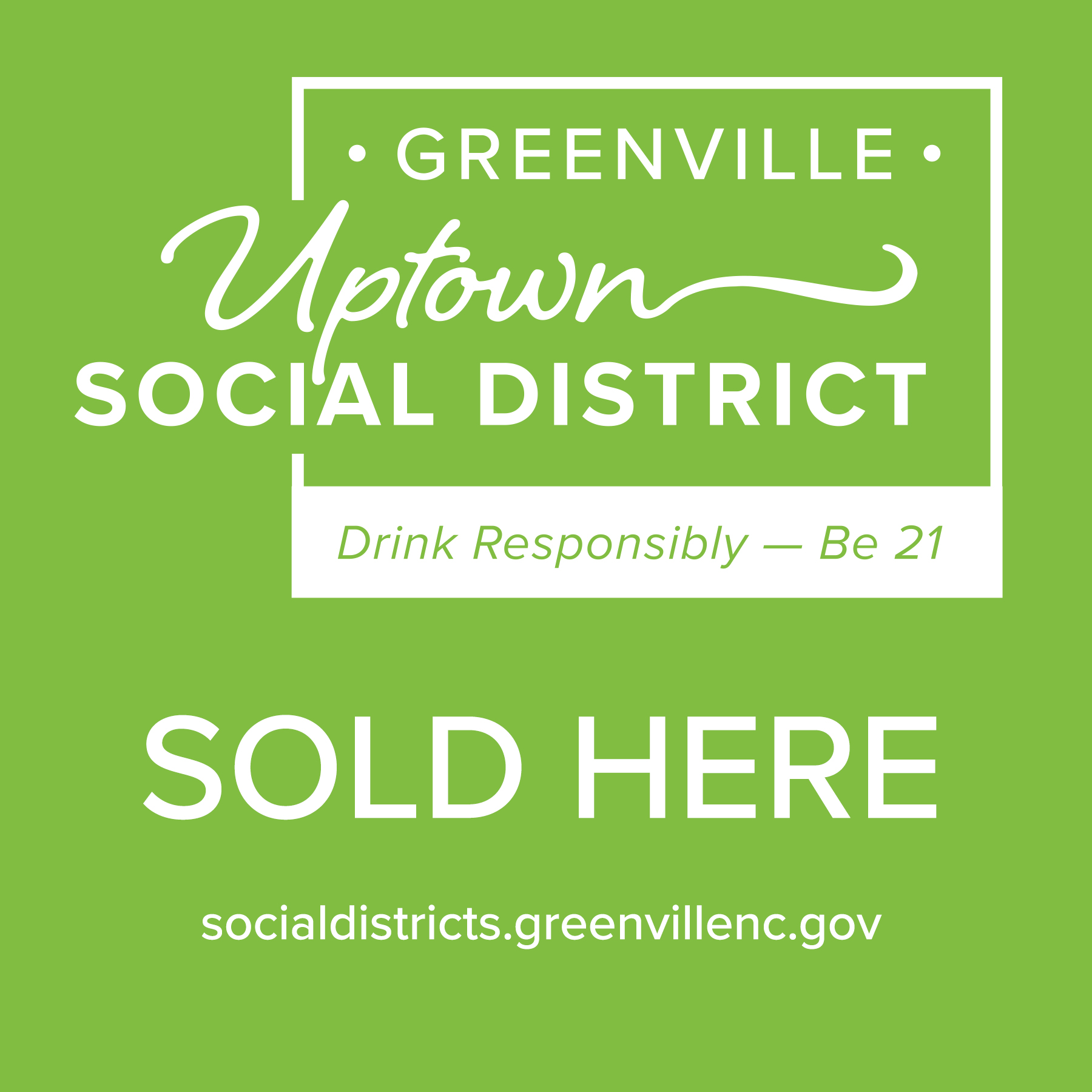 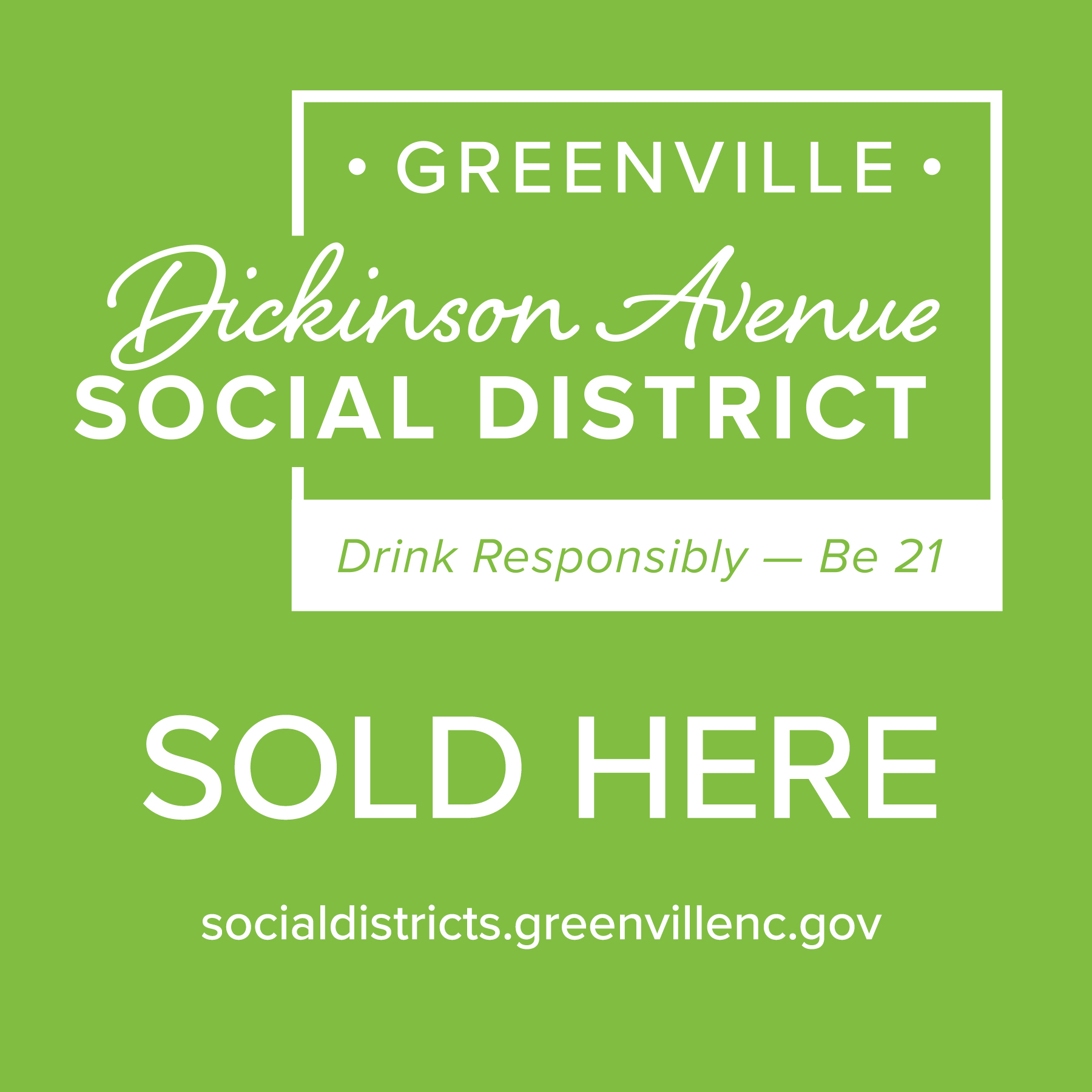 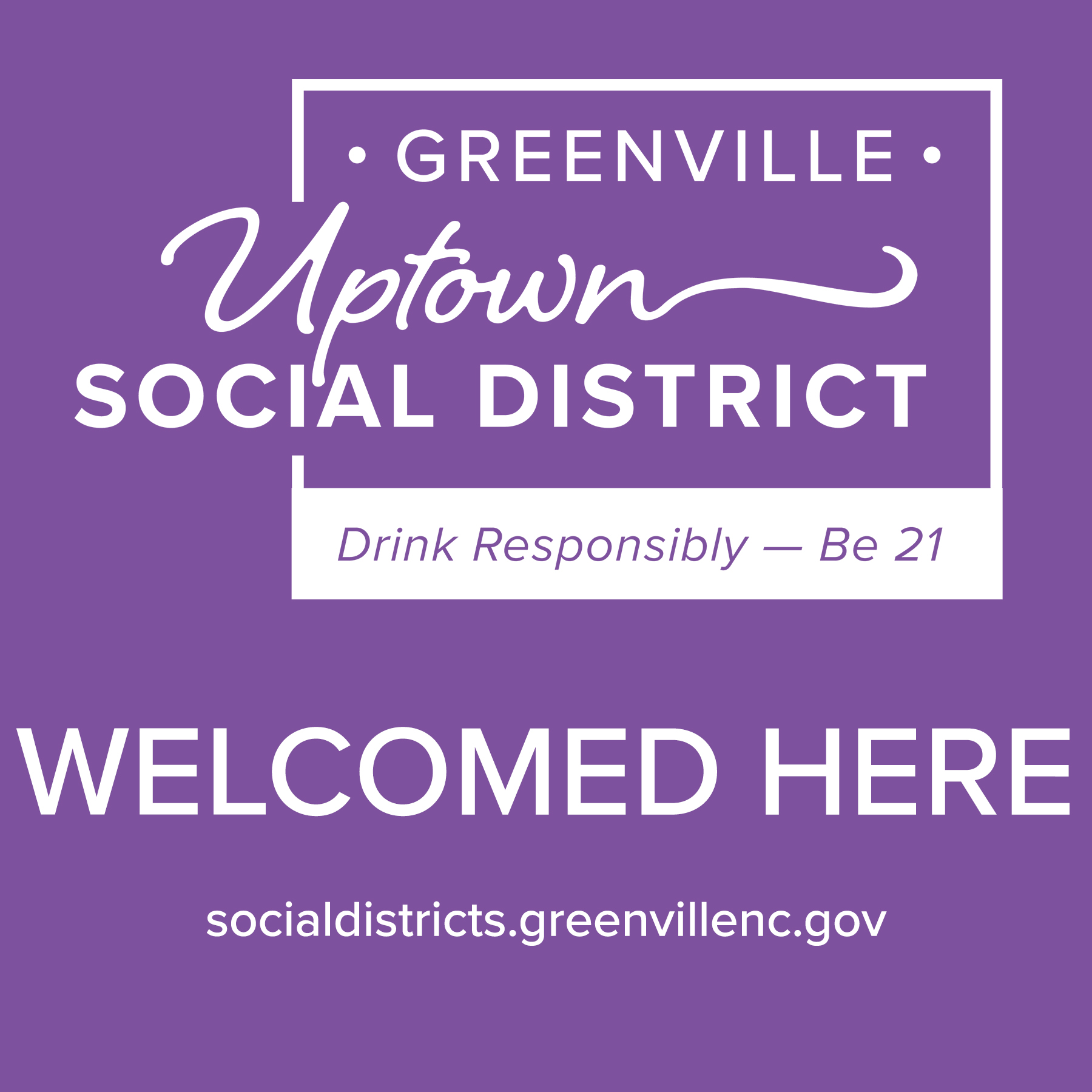 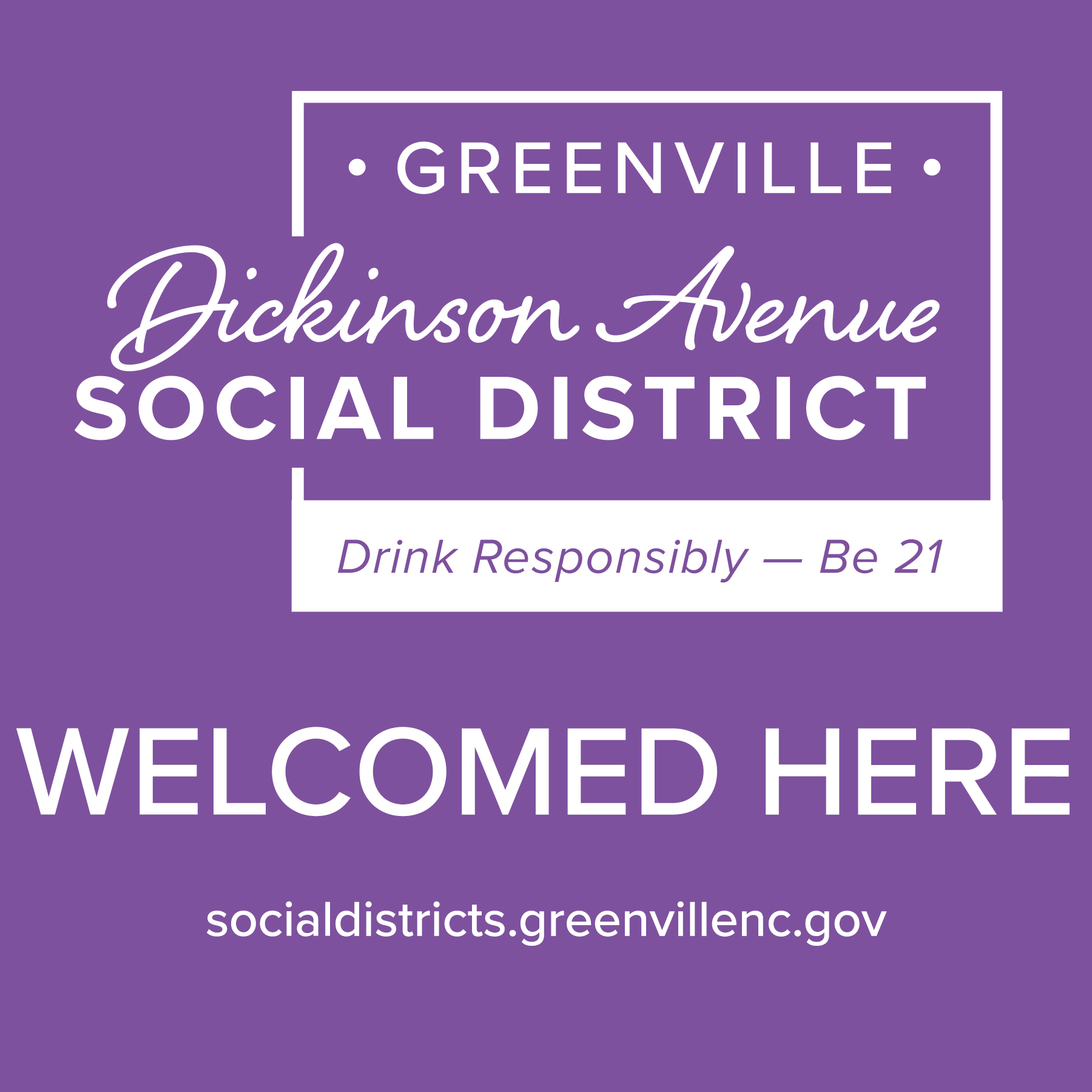 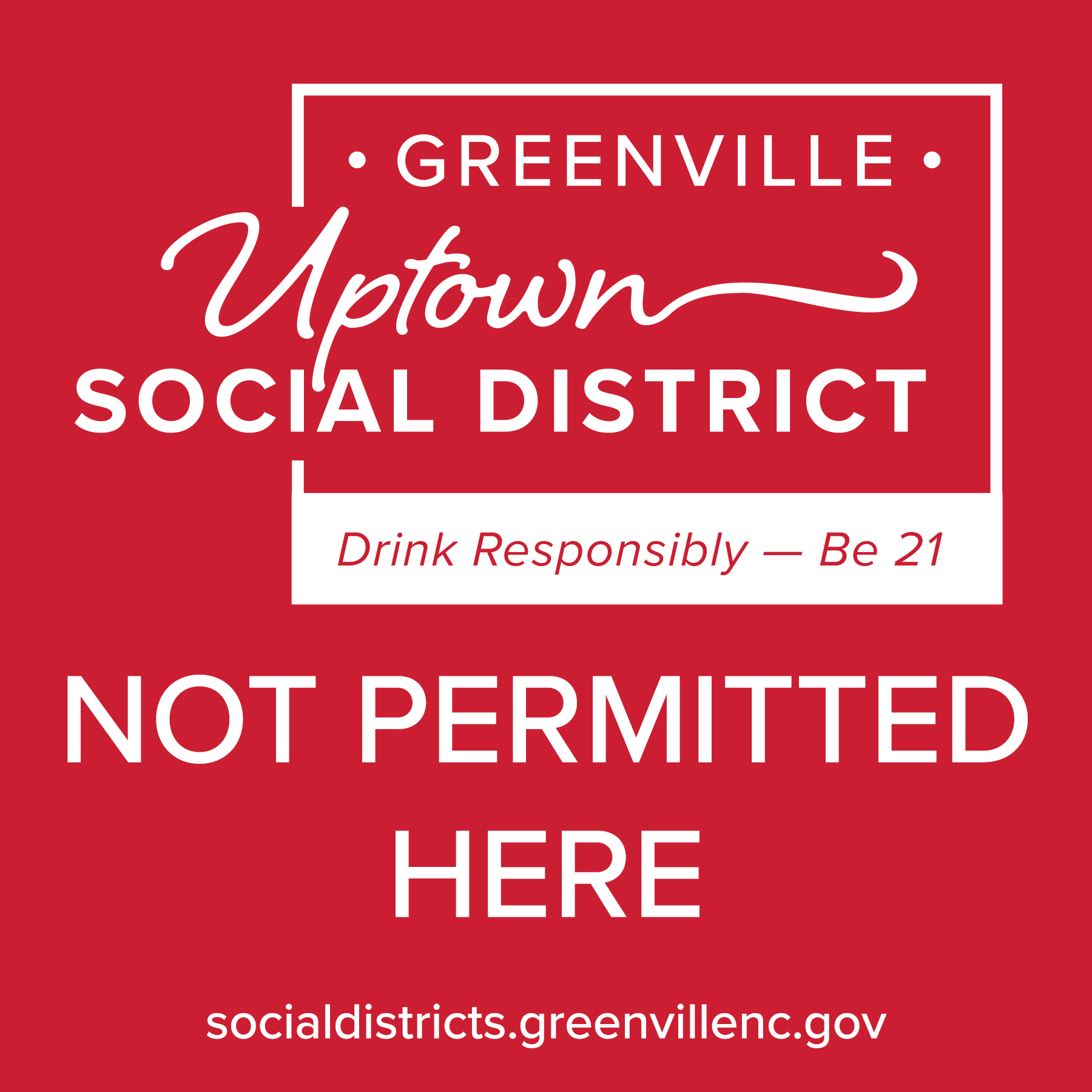 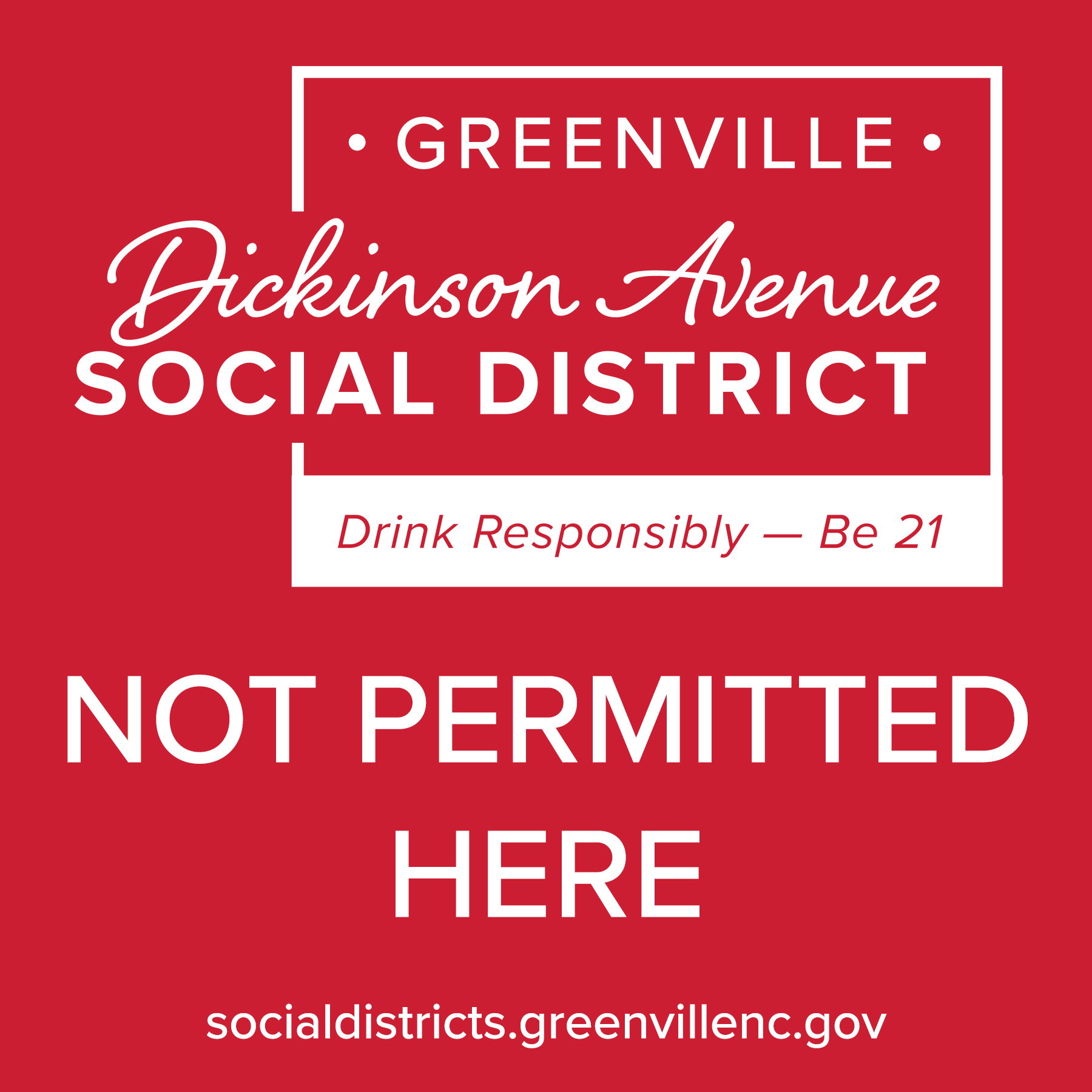 The social district must meet the following requirements under North Carolina law:

A permittee located and selling alcoholic beverages within the social district must meet the following requirements under North Carolina law:

*Below are Adobe Illustrator files for the required container designs. Participating businesses can provide these files to the vendor producing the cups and enter their business name in the space provided.

The possession and consumption of an alcoholic beverage in a social district is subject to all of the following requirements of North Carolina law: 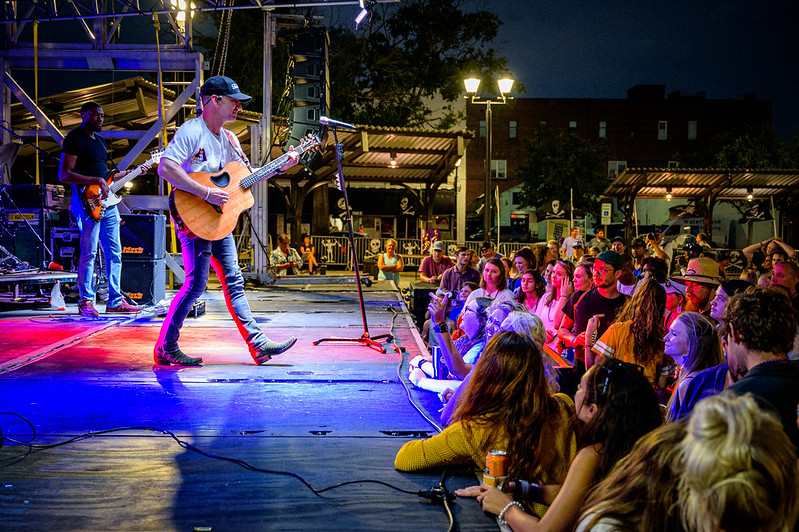 Participation in the social district is at the special event holder's discretion. Event organizers will have the choice to allow social district beverages within their event footprint or not.

The City of Greenville Special Events Coordinator can work with event organizers to determine their preference.