GREENVILLE, N.C. — The City of Greenville officially broke ground on the Town Creek Culvert drainage improvement project on Thursday during a ceremony held at the Town Common. The much anticipated $33 million project will upgrade the downtown area's drainage system and improve the quality of water that flows into the Tar River.

"In the past decade, we have had about $650 million in public and private investment in the Uptown District, and it is the City's responsibility to help support that investment through proper infrastructure," Mayor P.J. Connelly said. "I hope that people understand that this is only the beginning. This project will allow additional growth to take place in the Uptown District, and we are going to see more things that are exciting and that are going to make people excited to come visit our community." 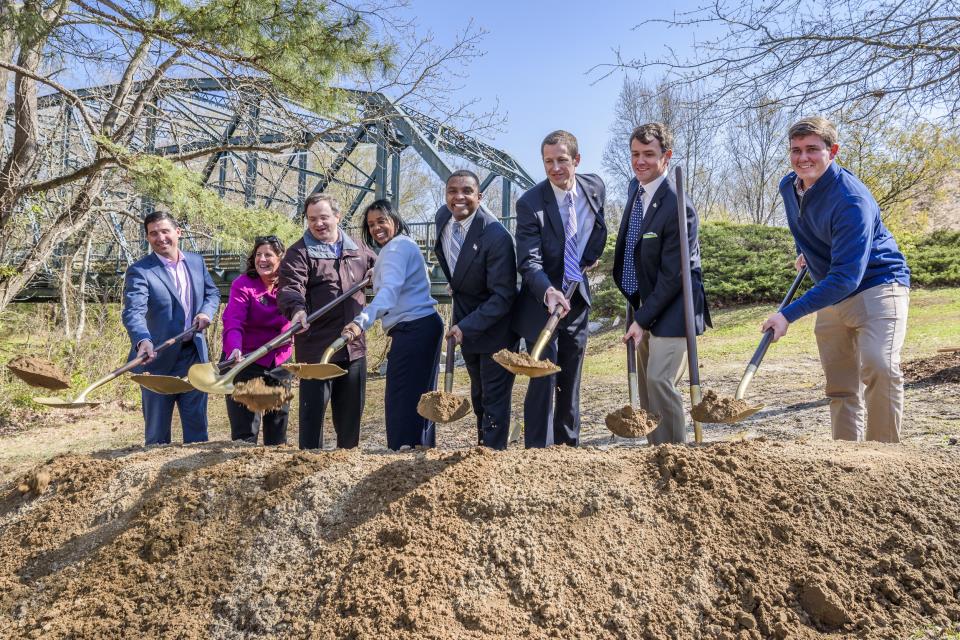 The Town Creek Culvert addresses drainage issues for about 300 acres in downtown and adjacent areas, beginning near Ninth Street and Washington Street and continuing to the Tar River. The current culvert was built in the early 1900s and needs to be substantially rehabilitated or replaced due to multiple failures and localized flooding. City officials say the urgency of the project is driven by the 10th Street Connector project which is currently under construction nearby. The Town Creek Culvert is one of the main outfalls for the Uptown District and the 10th Street Connector. Completion of the project is expected to take 30 months with Trader Construction of New Bern, N.C., serving as the contractor.

The project, which includes many green infrastructure components, will be funded in part by the Stormwater Utility Fund by stormwater utility fee revenues through a combination of financing sources including a $16 million zero interest loan funded through the Clean Water State Revolving Fund (CWSRF), a $16.6 low interest loan through the CWSRF, as well as $3 million funded by Greenville Utilities Commission for work associated with their water and wastewater infrastructure. The Clean Water State Revolving Fund loans for this project are the largest in the history of the state.

"This was long overdue, and I am glad we are here today and we are doing it in a way that will save the taxpayers money," N.C. Senator Don Davis said.

Davis was an advocate at the State level for the project's funding. He noted that the efforts of former Greenville Mayor and current District 1 Council member Kandie Smith and Mayor Connelly to educate State leaders about the environmental and economic benefits of the project were vital to securing the CWSRF loans.

"It is awesome for us to be able to start this project and save the City money," Smith said. "And then, we can look forward to what other projects we may be able to move forward with. Our Mayor's motto is Greenville means business, and if we mean business, we have to take care of our current businesses and prepare for new businesses moving in."

The project will pave the way for the re-opening of Third Street, which has been closed since December 31, 2015, due to the failure of a section of the Town Creek Culvert drainage system. Additionally, the following streets will also be directly impacted by the project: Fourth Street, Fifth Street, Reade Circle, Cotanche Street, Evans Street, Eighth Street, Washington Street, and Ficklen Street.

The City of Greenville will continue to work with businesses in the uptown area and the public to minimize the impact of the project. Regular updates will be provided. Anyone seeking more information about the project should contact City Senior Engineer Lisa Kirby at (252) 329-4683.