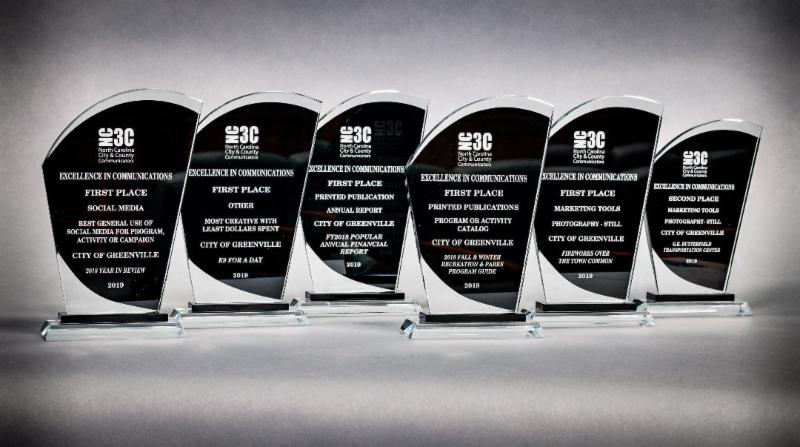 The awards were presented on Thursday, April 11, 2019 at the NC3C's annual Spring Conference in Durham. NC3C received a record 248 contest entries, and judging was conducted by the Texas Association of Municipal Information Officers (TAMIO).


The City of Greenville earned the following awards:


The purpose of North Carolina City & County Communicators is to encourage professional development and networking among local governmental communications professionals. The organization was formed in March 2007 and is made up of government professional communicators from around the state. For more information about NC3C, visit the website, www.nc3c.com.