A Greenville tradition since 1973!

Free family fun and entertainment. This summer concert series is held at the Town Common on 1st Street.

***For more information on each Artist , please click on the hyperlinks within the description.

Finishing up our 49th year of Sunday In The Park we bring to you the  Dirk Quinn Band  band out of Philadelphia PA. If you are into High Energy Jazz ,Fusion, and Funk, thin this is the show for you. They have traveled and played multiple Blues & Jazz venues across the United States and Canada. Do not expect heavy vocals at this show as the instruments will do the singing. 4 masterful musicians working together to bring you a powerful grooving sound. Dirk Quinn Band

Afreyed Knot out Washington North Carolina will bring their powerhouse rock to the town common stage for their first appearance  at Sunday In The Park.  Playing all the great rock hits from the 70's through today, you will not be disappointed. They have a great fan base known as knotheads, so are you ready to Join. If you love rock this is the band for you.  Afreyed Knot

Garrett will bring powerhouse rock out of Washington NC, featuring Nanette Garrett on bass and lead vocals  and William Garrett on lead guitar & vocals. Also joining them will be Laura Davis a rising Eastern North Carolina Guitarist and Vocalist in her own right. Playing everything from originals  to covers of Fleetwood Mac. If you want to ROCK! This will be the show for you. Garrett Power Rock   Laura Davis

New date and location for Hank, Pattie & The Current

Pattie Hopkins Kinlaw & Hank Smith will bring their soulful sound of NewGrass & Bluegrass to the Town Common Stage for their first appearance at Sunday In The Park. Backed by an all-star bluegrass band , they will bring a melting pot of sound from Classical to Motown for you listening pleasure. Having played festivals and venues all over the East Coast , get your self ready for a great show!Hank & Pattie      Hank Pattie & The Current

City Of Greenville Sunday In The Park 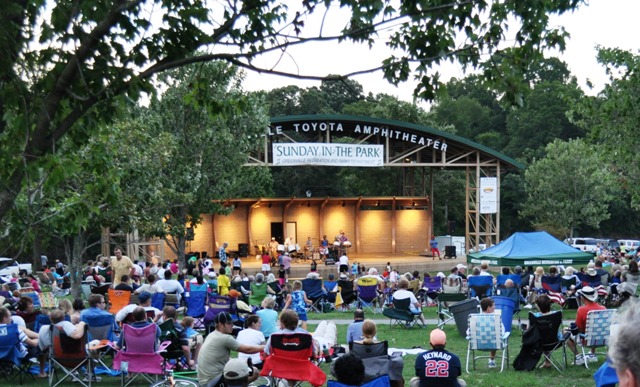