The State has eased some restrictions previously in place due to the COVID-19 pandemic. Learn more about the current impact to City programs and services here. Please note that City offices are currently open on Monday, Wednesday, and Friday from 9 a.m. to noon and on Thursday and Friday from 1 p.m. to 5 p.m.

GREENVILLE, N.C. — It was only fitting that the celebration of a project designed to alleviate flooding concerns in the Uptown District would include a steady rainfall.

City officials, contractors, and others from the community joined together on Tuesday afternoon for the official ribbon cutting ceremony to recognize the completion of the Town Creek Culvert drainage improvement project. The project, a $33 million endeavor that was one of the most costly and complex in the City's history, was substantially completed last month with only a few punch list items remaining. 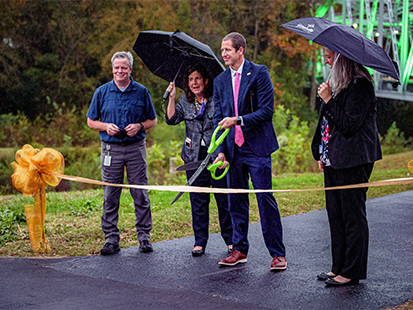 The Town Creek Culvert project was an undertaking to address drainage issues for about 300 acres in downtown and adjacent areas, beginning near Ninth Street and Washington Street and continuing to the Tar River. Those areas had been plagued by localized flooding during rainstorms due to the undersized, failing culvert system that was in place.

The City began the study and design phase of the project in Fall 2013, and it was approved by City Council in October 2017. Ground was broken on the project in March 2018.

"At the very beginning of this project, the City's goal was to expedite the completion of the culvert and to do everything that we could to work with those in the Uptown District to minimize its impact," City Manager Ann Wall said. "I am extremely proud of the results and very thankful for everyone's patience as we worked through this very complex project."

In addition to the replacement of the culvert, the project also included numerous green elements that helped the City secure financial assistance through a $16 million, zero-interest North Carolina Clean Water State Revolving Fund loan. Among the green elements is a regenerative stormwater conveyance system that treats the stormwater prior to its return to the Tar River. 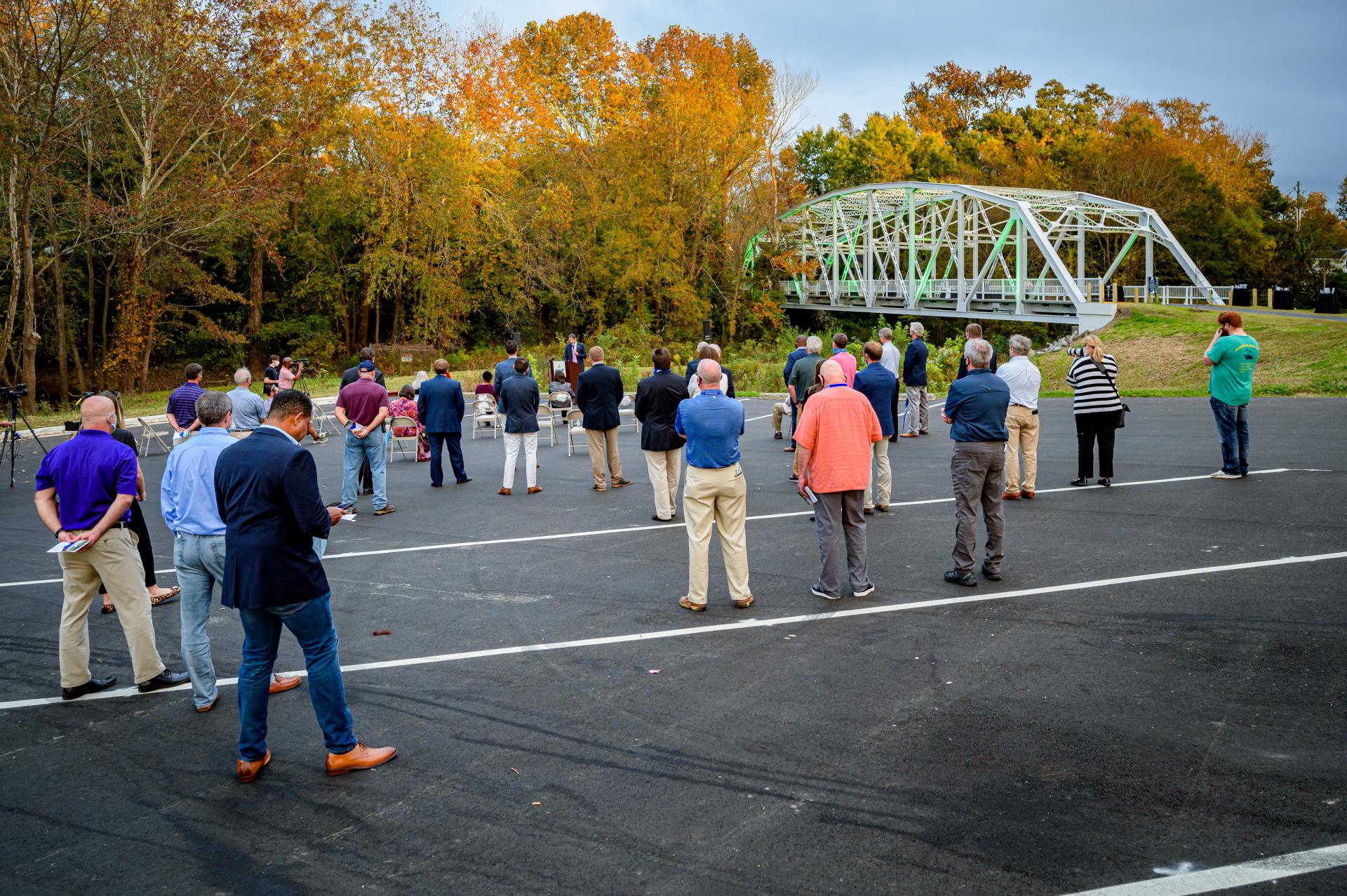 Additionally, the culvert replacement resulted in new paving and streetscaping in the Uptown District along with collaborative educational opportunities between East Carolina University and the City.

"It's not just a pipe underground," Mayor P.J. Connelly said. "The culvert work also resulted in some improvements to the Uptown District that will be visible for years to come, and it helps give those currently invested in the center city and those who are considering investing in the Uptown District more confidence to do so."

In addition to the Clean Water State Revolving Fund loan, other funding assistance for the project came from the City's Stormwater Utility Fund and a $3 million contribution from Greenville Utilities Commission.

To view a collection of images taken throughout the duration of the project, click here. A time-lapse video of the Town Creek Culvert regenerative stormwater conveyance system construction is available here.
Return to full list >>